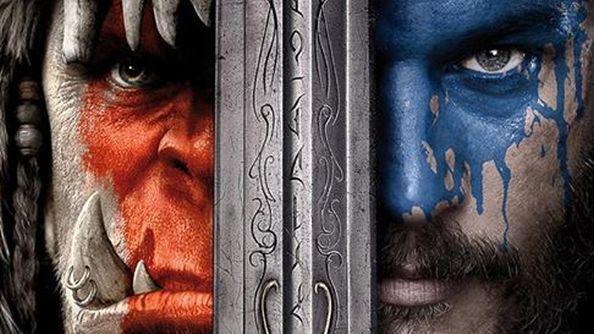 The Warcraft community  has been buzzing since the release of the Warcraft official movie trailer which made it debut November 6, 2015 on YouTube.  The trailer has over 17 million views, including 100,ooo likes and only 5,ooo dislikes, which tells me that fans are really impressed by the trailer thus far.  We recently caught up with Wade Patterson, a long time fan and follower of the World of Warcraft game series, and asked him to share his thoughts on the trailer and more. Check out the trailer and full interview below.

1. What was your initial reaction after watching the Warcraft Trailer for the first time?

I’m absolutely excited to see the story of WoW outside of the game. The Orcs vs. Humans (WC2) story that Blizzard is telling is from a point in the lore that a lot of people might not be too familiar with… at least not without having to do a little YouTube research on, ahem (Nobbel87). Its also a really good launching point for further movies that blizzard can take in whatever route they choose. They could continue to the story of WC3 and TFT or they could time-warp back to the overall reasons why the orcs are invading Azeroth — the Burning Legion or they could go even further back and explain the origins of the Titans, Old Gods and Azeroth.

2. A lot of Warcraft fans are upset that the trailer didn’t live up to the theme of the game, what are your thoughts?

I think the trailer looks great. I haven’t done much research on what the critics have to say about it so I really don’t know their reasons but I can say that it looks like an awesome movie. It gave just enough to hook the folks like me who’ve been with the game since Orcs vs. Humans as well as the average movie-goer.

3. If you could change any element in the trailer/movie , what would it be and why?

Show more Grom Hellscream! I’ve watched it a few times and I can’t seem to find him anywhere. Also, it didn’t seem to show much about the Orcs’ homeworld, Draenor. They hint at it, but there’s a whole back-story there that could be outside the scope of this film. It’ll be interesting to see how it all unfolds. Blizzard could easily draw the story out over the course of a few movies and it wouldn’t feel overly-long or unnecessarily embellished like when The Hobbit was broken up into 3 movies.

Definitely. I’m already making plans to have a guild reunion when it releases.

5. This trailer appears to use a lot of CGI, what are your thoughts on the overall quality?

I don’t mind CGI at all and honestly, every cinematic in their games have been CGI-based so if it weren’t CGI, I think it would be odd, if that makes sense. Also, I think that if they went full live-action it wouldn’t be a good representation of what the Orcs and other exotic races of Azeroth look like. Orcs are hulking, menacing bad asses that have an iconic appearance. I don’t think there’s an actor out there that could pull it off. I suppose the average movie buff will have something critical to say, but Blizzard has been anything but bad at creating fascinating stories with interesting characters. I suspect that at some point in the movie, most will forget that its CGI and just enjoy the story.

We accept any of the following cryptocurrencies